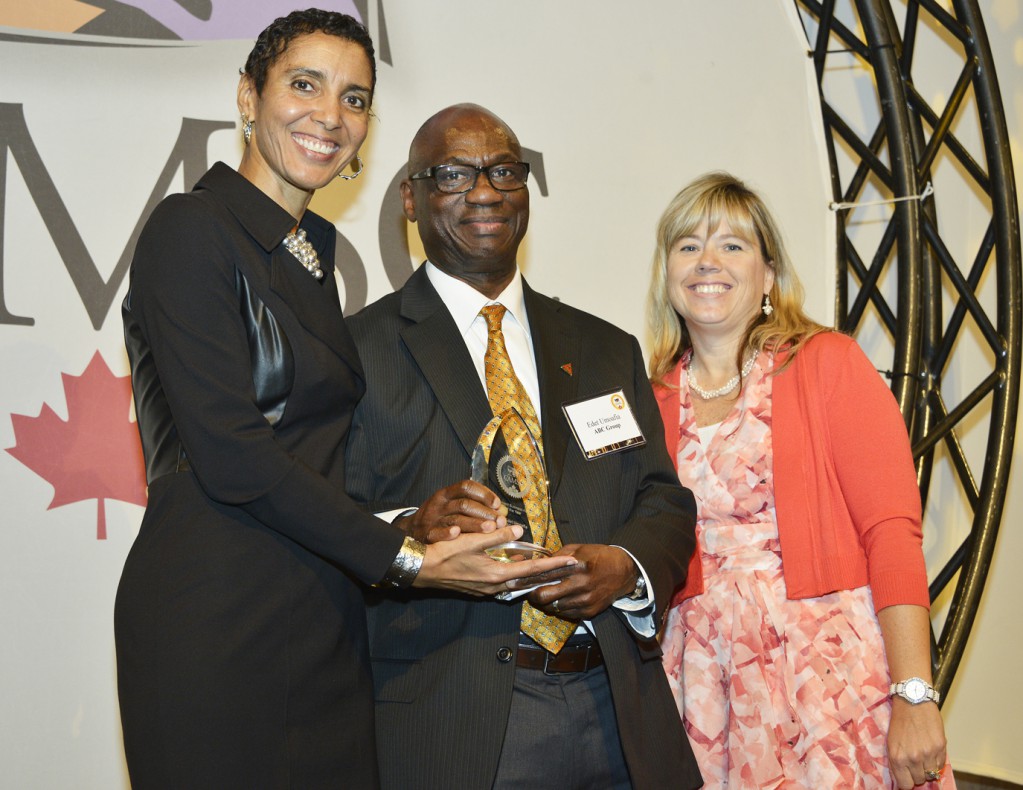 Edet Umoafia and ABC Group are strong supporters and advocates of CAMSC. As the Lead Coordinator for ABC Group’s Supplier Diversity Program, he reached out to over sixty small businesses and referred them to the CAMSC diversity supplier program.

Because of his commitment to and active promotion of supplier diversity, certified

Aboriginal and Minority Suppliers are now competing and introducing their businesses to other organizations similar to ABC Group. They are showing strength and gaining opportunities.

While ABC Group is celebrating its 40th anniversary this year, Edet Umoafia and ABC

Group are also proud of their advocacy efforts towards supplier diversity and the commitment of bringing more Aboriginal and minority owned businesses into CAMSC.

Back to Award Winners